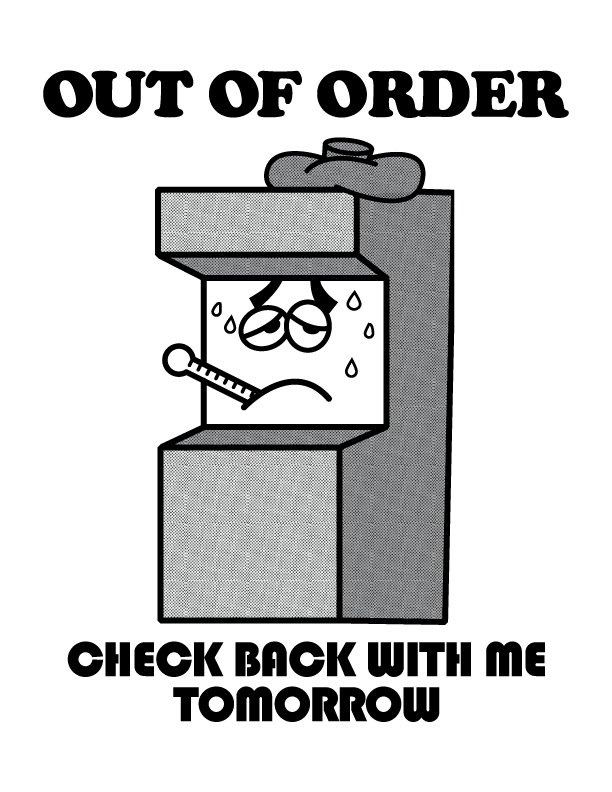 Technology has been difficult the past couple of weeks. I know in computer years my original laptop is easily eligible for retirement, but it’s been hanging in there, so I had hope it might keep going. It is, technically, still going, but it’s been doing increasingly odd things, so I opted to take advantage of the tax-free weekend for back to school shopping at the beginning of August and pick out a new one.

I knew I was fairly dependent on my computer, what with doing all my writing on it, but I had no idea how bad it was until this incident. The week leading up to my purchase, I was praying my original laptop would hang on just a little bit longer, all the while imagining the little problems that might arrive if it were to die before I could get a replacement.

What if I got a whole chapter in and the laptop fried before I could insert my flash drive? Had I remembered to download that ridiculous English project video from 2009? Where was my phone? If I lost my phone and my computer died, I would have no way of contacting the outside world!

So I did my research, found the closest modern equivalent to the model I already had (because I hate change), and popped on over to Best Buy that Friday night to get my tax-free laptop. I was in and out in ten minutes. Easy!

The new one wouldn’t turn on when I got home. I naively hoped it might just need a little time to charge, despite all my research having indicated this model was supposed to start up instantly.

Nothing happened. Not even after nearly 24 hours on the charger. So I got to make a second trip to Best Buy and exchange it for a functioning laptop. At least the customer service guy was able to assure me that the behavior of my first purchase was definitely unusual.

I should hope so.

When I got home I was relieved my replacement immediately came to life, but halfway through the set-up, I realized I could not download everything because the wi-fi in my building had gone down while I was at work. And they don’t fix that sort of thing over the weekends.

Irritating as that was, I tried to look on the bright side. At least I could still write. But I had to count on my original laptop to stay alive while I did, because I hadn’t been able to download the software to the new laptop yet. And I couldn’t research or fact-check details as I wrote.

When I needed a break from writing, I couldn’t check Facebook to see what other people were up to. I didn’t know if I was missing any emails. And I couldn’t turn to Pinterest, which is what I usually do to distract myself from problems only time can fix. Fortunately, the book I won in a Goodreads giveaway had arrived, so I did have something I could do.

The good news is everything was back on track Monday! I finished downloading and setting up all the software on my new computer, played around a little to learn the new features, and I’m well on my way to creating just as an unhealthy a dependency on it as I had on my previous laptop.

Now, after all of that, you might ask, why not just use your phone? That is because my phone is my one, small form of rebellion against this technologically dependent world. It is strictly a communication tool with no ability to tempt or distract me from the people or task in front of me. It is ancient, it is only capable of making calls and texts, it has neither a touch screen nor any form of internet connectivity whatsoever, and I love it.

And, as you can tell from this story, I need some way of sticking it to the machine-man. Because whether we like it or not, technology has taken over our lives and how our society functions. We have to draw what lines we can.