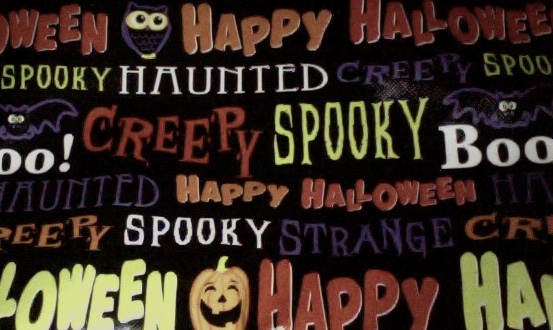 Part of the fun of Halloween is getting spooked. Some people like to see how far they can push themselves by visiting haunted houses or watching thriller marathons, while others prefer only a mild scare to make them jump every now and then.

Kids are no exception to this, but they’re better off waiting on the real horror movies until they’re teens, whether they like it or not. Until then, here are five movies that, whether you find them scary or not, can still get kids and adults into the Halloween mood.

I think we can all safely agree that the legend of the Sanderson sisters is the mother of all Halloween movies. Magic, black cats, and hijinks (or should I say hi-jynx?) abound as three kids race to send the witches back to their graves before they can steal the children of Salem and reclaim their youth forever. If you haven’t yet seen Hocus Pocus, you’re missing out on a great Halloween tradition.

This movie doesn’t get enough attention, even though it was one of my childhood favorites, and it’s a perfect family Halloween film. Dr. James Harvey (Bill Pullman) and his daughter Kat (Christina Ricci) are hired by a greedy heiress to clear the spooky mansion she’s inherited of ghosts so she can find the treasure hidden within. Unfortunately for the Harveys, the ghosts have no intention of crossing over; three of them are out to convince the doctor to leave, while the fourth, Casper, is eager to finally have a friend in Kat.

ParaNorman is an animated film with heart and humor that kids and adults will equally enjoy. The story centers around Norman, a boy who can speak to the dead, though everyone in his family and town just thinks he’s weird. Because of his ability, Norman is tasked by his eccentric (and recently deceased) uncle with suppressing a centuries old curse placed on the town by a witch. Unfortunately, Norman isn’t quite successful on the first go-round, unleashing a small team of zombies and causing chaos. With help from some unlikely sources, Norman must discover how to end the curse once and for all and send the zombies back to their graves to rest in peace. For me, the cast really makes this one, featuring Anna Kendrick, Casey Affleck, Jeff Garlin, and John Goodman, just to name a few.

This is a perfect Halloween movie if you’re celebrating with very small children. It honestly has nothing to do with Halloween and it’s not scary, but it is about monsters, so those little ones can still feel like they’re getting something spooky, but without having second thoughts about ghosts, witches, or zombies later.

5. Pirates of the Caribbean: The Curse of the Black Pearl

After several years and the many more action/adventure leaning sequels, I think people have forgotten that the original Pirates of the Caribbean was actually meant to be a little spooky. After all, it centers around a crew of undead pirates and a curse that demands a blood sacrifice. While it might not seem scary anymore, I can remember a few of the jump scares getting me when I first watched it as a pre-teen.