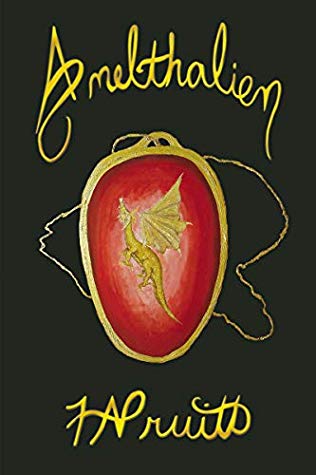 A solid debut in the vein of C.S. Lewis, you can tell H.A. Pruitt has tried to weave greater truths within her characters’ journeys for readers to walk away with.

The story follows Kindle and three other young teens from various walks of life, who are each transported to a strange wood in the land of Anelthalien upon finding a mysterious necklace. As the teens struggle to make sense of each other and their new surroundings, they discover they have been called to be “heroes,” destined to save Anelthien from a growing darkness, so long as they can learn to work together.

I would particularly recommend Anelthalien to middle-grade readers. Older readers can enjoy it too—I did—but it has an innocence that took me back to many of the stories I read in my later elementary and middle-school years, so I suspect it would speak really strongly to that audience. A large part of this is likely due to the character who provides the main POV, naive ninth-grader Kindle. Many protagonists around the same age are written so that they skew older (as many real teens that age are eager to be more grown-up), but I found it an interesting choice that Kindle actually skews a little younger. She’s young and inexperienced and she knows it. The fact that she doesn’t have all the answers about her situation scares her—she’d like to be able to look to an adult for them if only there was one who had them.

Kindle’s companions, Tad, Andrew, and Ella, are also intriguing characters, and you can tell they each have depth and secrets waiting to be uncovered, so I hope we get more development for each of them in the books to come.

Be forewarned, the pacing is a bit slow at times; this is going to be a series about a journey, and the characters spend most of this book in preparation rather than undertaking. I expect the next book will be a little faster-paced as the characters continue moving forward toward their goal and encounter more obstacles, and I look forward to seeing how that plays out.

It’s an intriguing start, so right now, I’m giving Anelthalien 3.5 stars on the promise of what’s to come.