October is upon us, and I don’t know about where you live, but around here it’s finally starting to feel like fall. With that in mind, here are a few books that will help set the mood for this Halloween month, whether you’re looking to be flat-out scared or just mildly spooked.

1.  And Then There Were None by Agatha Christie

Ten strangers arrive on the island at the start of the novel, how many will survive by the end, and who among them is a killer?  I made the mistake of finishing this book in bed one night, compounding the suspense as the number of characters left alive grew smaller and smaller, as well as the chances of escape.

This one is a classic for a reason, guys. It’s got the creepy atmosphere of dark and stormy nights and late night grave robbing, the dread of a killer trailing behind you, and the tragedy that things could have been so different if not for Dr. Frankenstein’s obsession. What makes it doubly fascinating is that you’re not just scared of The Creature and what he might do, but you can empathize with him as well.

To be perfectly honest, I do not actually like this book. I was in the 5th grade when I first picked it up, and it creeped me out so much that I really only finished it out of spite. I was so angry that the main character could ignore so many danger signs, and drag me along with her, just because she was mad at her parents. Very specific warnings! Button-eyes! General creepiness! Naturally, things go terribly wrong and get pretty dicey, but I had to prove that I could make it to the end, and that the main character would too, so I finished the book and then threw it across the room. I think it was the button-eye detail that was the worst…

Another classic shiver-inducing tale. If you’re sick of sparkly, misunderstood, anti-hero type vampires, I suggest going back to the name that started it all: Count Dracula. He’s a villain through and through, and Bram Stoker’s tale is one part mystery, as the characters investigate and uncover the nature of the Count, and one part race, as they struggle against the clock to defeat the Count before he can claim their dear Mina as one of his own.

In my opinion, this book is a prime example of what a modern Southern Got 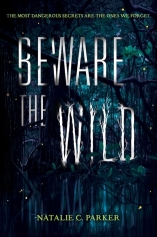 hic novel should look like. It’s got the setting, the atmosphere, and the foreboding mystery. Sterling Saucier’s brother Phin storms into the swamp bordering their town one morning never to return. Instead, a girl named Lenora May emerges, a girl that everyone remembers as Sterling’s sister, and Sterling is the only one who remembers Phin. The swamp is a character in itself, full of mystery, magic, and the sticky heat of a Louisiana summer, and the jewel in the crown of this slow burning ghost story.

A sequel to Beware the Wild, it’s not quite as good as the first, but it still has that same thick, eerie atmosphere. This story is told from the perspective of Sterling’s friend Candy, providing a more skeptic view of the swamp and it’s mysteries, though this time around what’s outside the swamp may be more dangerous than what’s inside.

7.  The Shining by Stephen King 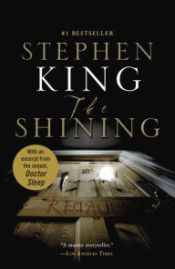 Stephen King’s name is synonymous with horror. Any of his books could give you your scare fix for the month (possibly the year), but The Shining is one of those names that everybody knows, and with good reason. Jack Torrance takes on the job of sole caretaker of the Overlook Hotel for the winter, bringing along his wife, Wendy, and son, Danny, a five-year-old with growing psychic abilities. Unfortunately for the Torrances, the Overlook has its own psychic presence, absorbing the worst of what’s happened inside it, and it’s decided it wants Danny and his power. On one level, this is scary because of the horror story danger of ghosts and evil beings pursuing and manipulating a family. On another level, this is scary because of the very realistic danger of being trapped with a desperate, violent alcoholic teetering on the edge of madness.

So grab a flashlight, pull your covers close, and curl up with one of these spine-tingling tales this October!