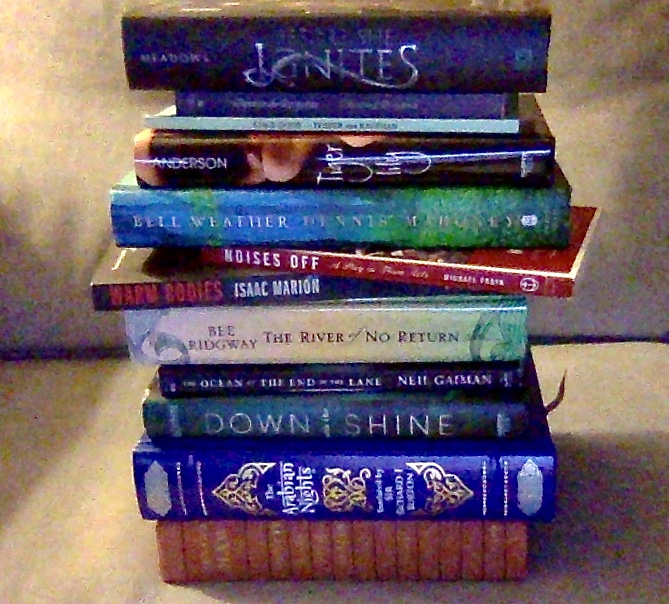 If you’ve been following the book reviews I post, you’ve probably noticed that fantasy and sci-fi, especially of the YA variety, are my go-to genres. It’s not that I don’t enjoy other  genres, I do. Fantasy and sci-fi just up the odds that I’ll love my reading experience rather than like it, and with limited time and money, I tend to choose the books with the highest odds.

In an effort to beef up the variety in my to-be-read pile, I asked my friends for book recommendations for my birthday this year. Even though some of these might be outside my favorite genres, if my friends liked them, odds are I’ll find something to enjoy in them too, and maybe then I can keep them closer to the top of that TBR pile.

Anyway, I’ve assembled some of their top picks below, along with the Goodreads summary for each book, in case anyone else out there is looking to step outside their comfort zone! 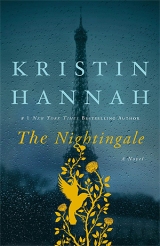 1.  The Nightingale– “two sisters, separated by years and experience, by ideals, passion and circumstance, each embarking on her own dangerous path toward survival, love,
and freedom in German-occupied, war-torn France–a heartbreakingly beautiful novel that celebrates the resilience of the human spirit and the durability of women.”

“immerses us in another elegantly drawn era with the story of Count Alexander Rostov. When, in 1922, he is deemed an unrepentant aristocrat by a Bolshevik tribunal, the count is sentenced to house arrest in the Metropol, a grand hotel across the street from the Kremlin. Rostov, an indomitable man of erudition and wit, has never worked a day in his life, and must now live in an attic room while some of the most tumultuous decades in Russian history are unfolding outside the hotel’s doors. Unexpectedly, his reduced circumstances provide him a doorway into a much larger world of emotional discovery.”

3.  Queen of the Tearling series-

“On her nineteenth birthday, Princess Kelsea Raleigh Glynn, raised in exile, sets out on a perilous journey back to the castle of her birth to ascend her rightful throne. Plain and serious, a girl who loves books and learning, Kelsea bears little resemblance to her mother, the vain and frivolous Queen Elyssa. But though she may be inexperienced and sheltered, Kelsea is not defenseless: Around her neck hangs the Tearling sapphire, a jewel of immense magical power; and accompanying her is the Queen’s Guard, a cadre of brave knights led by the enigmatic and dedicated Lazarus. Kelsea will need them all to survive a cabal of enemies who will use every weapon—from crimson-caped assassins to the darkest blood magic—to prevent her from wearing the crown.” 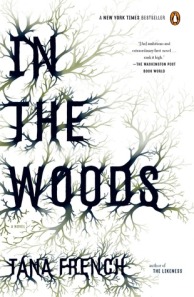 “As dusk approaches a small Dublin suburb in the summer of 1984, mothers begin to call their children home. But on this warm evening, three children do not return from the dark and silent woods. When the police arrive, they find only one of the children. He is gripping a tree trunk in terror, wearing blood-filled sneakers and unable to recall a single detail of the previous hours.

Twenty years later, the found boy, Rob Ryan, is a detective on the Dublin Murder Squad and keeps his past a secret. But when a 12-year-old girl is found murdered in the same woods, he and Detective Cassie Maddox (his partner and closest friend) find themselves investigating a case chillingly similar to the previous unsolved mystery. Now, with only snippets of long-buried memories to guide him, Ryan has the chance to uncover both the mystery of the case before him and that of his own shadowy past.”

“Being a cop runs in Billy Harney’s family. The son of Chicago’s Chief of Detectives whose twin sister, Patty, also followed in their father’s footsteps, there’s nothing Billy won’t give up for the job, including his life.

After a brutal shooting, Billy is left for dead alongside his tempestuous former partner and an ambitious assistant district attorney out for blood, But somehow Billy survives. He remembers nothing about the events leading up to the shootout and is charged with double murder. Desperate to clear his name, Billy retraces his steps to get to the bottom of what happened. When he discovers the existence of a little black book that everyone who’s anyone in Chicago will stop at nothing to get their hands on, Billy suspects it contains the truth that will either set him free… or confirm his worst fears.” 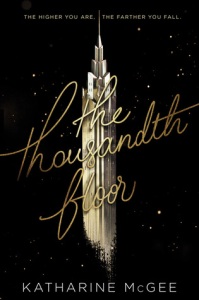 “A hundred years in the future, New York is a city of innovation and dreams. Everyone there wants something…and everyone has something to lose. LEDA COLE’s flawless exterior belies a secret addiction—to a drug she never should have tried and a boy she never should have touched. ERIS DODD-RADSON’s beautiful, carefree life falls to pieces when a heartbreaking betrayal tears her family apart. RYLIN MYER’s job on one of the highest floors sweeps her into a world—and a romance—she never imagined…but will this new life cost Rylin her old one?  WATT BAKRADI is a tech genius with a secret: he knows everything about everyone. But when he’s hired to spy for an upper-floor girl, he finds himself caught up in a complicated web of lies.  And living above everyone else on the thousandth floor is AVERY FULLER, the girl genetically designed to be perfect. The girl who seems to have it all—yet is tormented by the one thing she can never have.

Amid breathtaking advancement and high-tech luxury, five teenagers struggle to find their place at the top of the world. But when you’re this high up, there’s nowhere to go but down…” 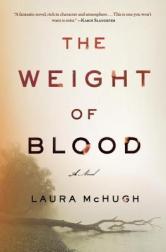 “The Dane family’s roots tangle deep in the Ozark Mountain town of Henbane, but that doesn’t keep sixteen-year-old Lucy Dane from being treated like an outsider. Folks still whisper about her mother, a bewitching young stranger who inspired local myths when she vanished years ago. When one of Lucy’s few friends, slow-minded Cheri, is found murdered, Lucy feels haunted by the two lost girls-the mother she never knew and the friend she couldn’t protect. Everything changes when Lucy stumbles across Cheri’s necklace in an abandoned trailer and finds herself drawn into a search for answers. What Lucy discovers makes it impossible to ignore the suspicion cast on her own kin. More alarming, she suspects Cheri’s death could be linked to her mother’s disappearance, and the connection between the two puts Lucy at risk of losing everything. In a place where the bonds of blood weigh heavy, Lucy must decide where her allegiances lie.”

What do you think of these recommendations? Have you read any of them yourself? Let me know, or share your own recommendation in the comments!