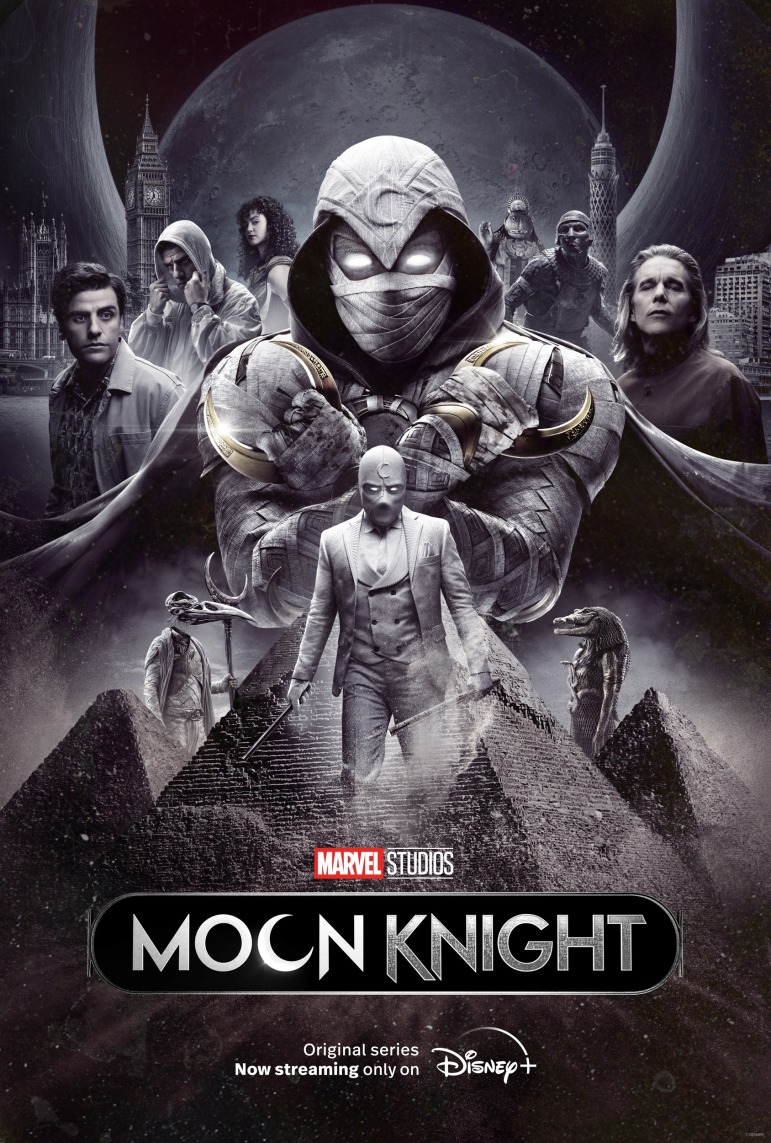 With the next MCU Disney+ series due to premiere this week, I figured it was about time I shared my thoughts on the last series they released, Moon Knight.

Starring Oscar Isaac,  Moon Knight follows Stephen Grant, an ordinary employee in the gift shop of a museum in London who’s been losing sleep…and time. After an unsettling episode waking up in an unfamiliar locale being chased by gunmen, Stephen begins to understand that he shares his body with another personality—mercenary Marc Spector, who also happens to be the avatar for the Egyptian god Khonshu, making him a super-powered vigilante. Together, the two must face both the demons of Marc’s past and the monsters seeking to upend the world in the present.

The first episode is strong, taking full advantage of Stephen’s blissfully ignorant point of view to uniquely frame the story and build suspense, and the visual choices emphasizing mirrors and reflections were a nice touch for viewers who already had some familiarity with the comic book character. Unfortunately, the series becomes more uneven throughout the other five episodes.

I think the series would have been better served as a movie, which might have solved the pacing issues. Episodes 2 & 3, while still interesting & contributing to the story, felt like they had a little more filler in them, episodes 4 & 5 picked things back up, one in terms of action, the other in terms of character, and episode 6, while a perfectly good & exciting climax, didn’t exactly break any new ground in terms of superhero movies.

I wish the plot structure had been a little bit stronger, because Oscar Isaac’s dual performance was impressive and fascinating to watch, and you could see all the seeds for a really different and compelling type of superhero story, it just couldn’t completely live up to that potential.

I still recommend checking out Moon Knight if you’re a fan of superhero action—it’s fun, and if you can be patient with the weaker episodes, the strong ones are good.