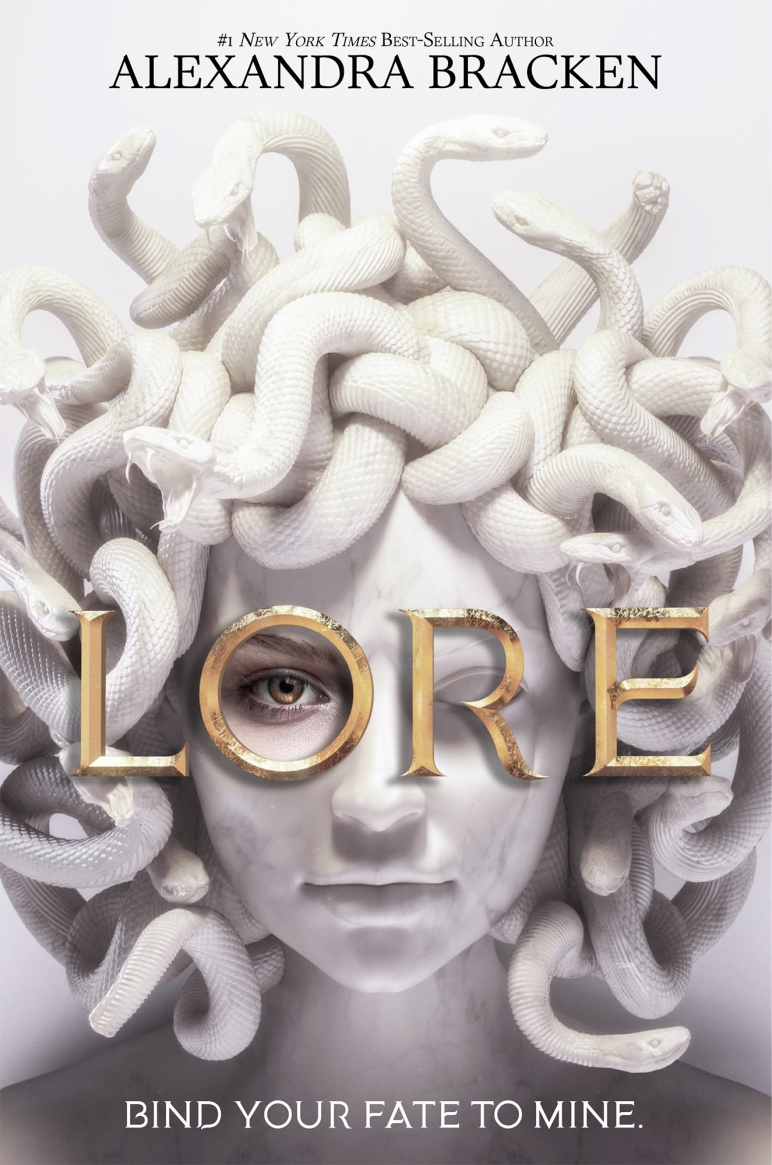 In Alexandra Bracken’s Lore, a modern spin on Greek mythology ala Percy Jackson meets the violence and competition of The Hunger Games with varying results.

The book follows Melora “Lore” Perseous, a young woman of a very particular lineage—a descendant of Perseus, one of nine Ancient Greek heroes tasked by Zeus every seven years to hunt the nine gods who betrayed him while they are reduced to mere mortals for a single week. Whoever succeeds in killing a god claims their power & immortality, though they are subject to the hunt, or Agon, from then on as well, beginning a centuries old cycle of violence. In the present day, this cycle has left Lore the last of her family and wanting nothing to do with the Agon, even as she sees signs of its return popping up all around New York City, but when Athena, one of the last remaining original gods, shows up bleeding on her doorstep, she’s pulled into a quest to avenge her family and end the Agon once and for all.

The concept of the book is very intriguing—a secret society operating alongside the modern world, ancient mythology, longstanding family feuds and power struggles—but I’m not sure the execution lived all the way up to the hype. Even though the book is set in the present day, the families of the Agon still seem to think and act as though they are in Ancient Greece, with the exception of using modern conveniences. I understand that tradition is a major part of who they are, but traditions do evolve with the times a little, and I think Bracken could have shown a little more variety in how each family had evolved or not to distinguish them from each other, as well as from the remaining original gods. I want to see Athena read differently from those who claimed immortality in later centuries, who in turn read a little differently from their modern followers and rivals, especially in regards to traditions the outside world has definitely moved forward on, like child-brides (seriously, not one person in all these families thought to question that ever?).

Also, the collateral damage in the book is significant, to the point that there is no way this secret society should remain secret, regardless of how many people they’ve paid off. The ripple effects are way too big and took me out of the story a little bit.

But onto the good! The story is action-packed and moved quickly, and the characters are interesting. I actually would have enjoyed a few more “calm” scenes sprinkled here and there where we could have seen a little more of each of their personalities & relationships dynamic shine through. Castor, Lore’s love interest and the least hardened by his experiences, was a character I would have especially enjoyed getting more insight into, or even having his own POV chapters. There were also a few moments here and there where I wasn’t sure where exactly the story was going, so it was nice to be kept on my toes.

All in all, I give Lore three stars for an exciting and action-packed ride.